Battle of the Kingdoms: The Celebrate Lit Blog Tour and Giveaway of Vision 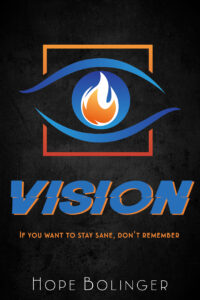 After Danny Belte ends up with a gunshot wound to the head, he’s shipped off to a local psychiatric center under the assumption he’d attempted to commit suicide. Knowing that he’d actually been killed by a fellow enemy at his high school, and a photographic memory to prove it, manages to keep him sane.

After meeting the fun and playfully rebellious members of his ward, he suspects that some underlying connection ties them all together. Haunted by revealing visions, he may have a shot at  discovering a conflict of interest and buying their ticket out of the ward.

But memories are dangerous things. He may just make as many enemies as friends at the ward who want his memories erased.

I absolutely loved this book! It was interesting and kept me on the edge of my seat. While I had not read the previous books in the series, that did not take away from my experience. While I may have been able to appreciate more exactly what was going on if I had read the other books, I wasn't confused or lost.

Danny is such a sweet and strong character. He has this admirable trait of needing to help people. I loved how much he cared for others and how selfless he was. Even in the controlling environment of the psych ward, he was determined to make others happy in any way that he could.

I enjoyed every part of this book--the characters, the plotline...all of it. I couldn't help but root for Danny and his friends as they struggled with figuring out what was going on in the hospital. I felt bad for them as their problems just increased and couldn't wait to find out what happened.

Overall, I would highly recommend this novel. I will warn that it does talk a lot about mental health and suicide, so I would caution anyone that these subjects might trigger. But it is an intriguing story with an interesting plotline.

I had received a copy of the book as part of the Celebrate Lit Blogging Team and was required to give an honest review. 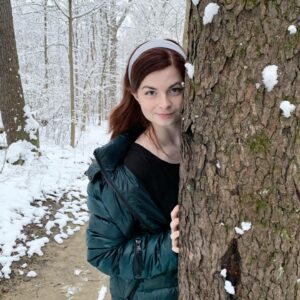 Hope Bolinger is a content editor at Salem Media and a multi-published novelist. More than 1000 of her works have been featured in various publications ranging from Writer’s Digest to Keys for Kids to HOOKED to Crosswalk.com. She writes about 250-300 articles a year.

She has worked for various publishing companies, magazines, newspapers, and literary agencies and has edited the work of authors such as Jerry B. Jenkins and Michelle Medlock Adams. She had four of her books traditionally published in the last three years (see below) She has 8-9 books scheduled to published between 2021-2023.

She has won awards for her essays, poetry, children’s books, novels, and plays. Her favorite way to procrastinate is by connecting with readers on Instagram and Twitter @hopebolinger .

“The Book of Daniel? In a high school? Where on earth did you come up with an idea like that?”

I’ve gotten this question a number of times and the answer to it comes from an even stranger place than the concept itself … a college classroom.

We’d blitzed through the entire Old Testament in a semester for our Biblical Literature Class my freshmen year. The professor often accompanied each class for this Gen-Ed with a PowerPoint full of 70 or so slides we’d try to keep up with in our notes. Our hands would cramp from the sheer speed our pencils had to go across the paper.

One day, as she went over the Book of Daniel, something she said snapped me out of my 9 A.M. stupor. “Daniel, and his friends, would’ve been 14 or 15 years old when taken into the Babylonian captivity.”

This woke me up. I’d dropped my pen onto the paper and stared at the front of the atrium classroom for a few moments. Fourteen or fifteen? High-school aged?

I’d always pictured Daniel in his late thirties. Part of me blames VeggieTales and Larry the Cucumber’s rendition, which in no way could’ve been interpreted as a teenager’s voice. But the reality of the Old Testament story came crashing down on me right then and there.

Daniel had been evicted from his home through the Babylonian siege. He likely watched his friends and family members die at the hands of the Babylonians and the fires that scoured Jerusalem. Then he and the cream of the crop were herded to Babylon for a three-year education, where they tried to stamp anything Israelite out of him.

And yet, he trusts God. He continues to stand strong in his identity. As do Shadrach, Meshach, and Abednego—even when it meant certain death … as teenagers.

That got me thinking about culture now. And how so many Christian teens face problems and dilemmas we could’ve only dreamed about in our adolescent years. What would it look like to stick Daniel in a modern-day high school? I thought.

So that summer, I started to write the Blaze trilogy. I chopped the Book of Daniel into three parts, and showed a teenager standing strong in integrity and faith despite death threats, bullying, and peer pressure. It was the book I needed back in high school when confronted with hot-button issues, and I was so thankful to have that college professor guide me to learn more about the prophet Daniel in the Old Testament.

For Him and My Family, August 25

Because I said so — and other adventures in Parenting, September 1 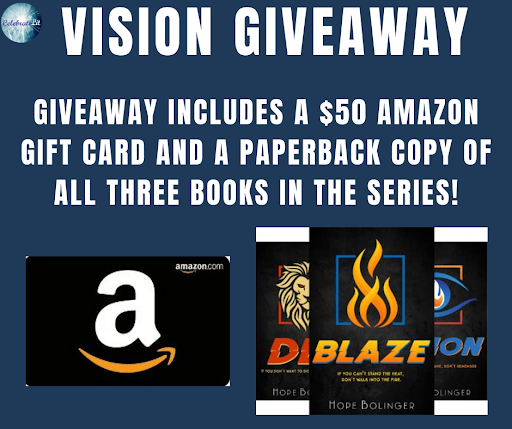 To celebrate her tour, Hope is giving away the grand prize package of a $50 Amazon gift card and a paperback copy of each book in the trilogy!!