The Shadow of His Wings: The Celebrate Lit Blog Tour and Giveaway of Soon the Dawn 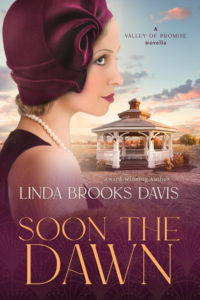 Ella thought becoming a mother to five daughters a month after marriage would be difficult.  Sixteen years later, letting go is even harder.  What should be a joyous time of Amaryllis spreading her wings as she graduates from the College of Industrial Arts… isn’t.

Ella fears that Amaryllis will lose a grip on her faith, her upbringing, and the goals Ella believes she should have.  Will Ella’s mother-in-law’s high society friends puff up the girl until Amaryllis loses sight of what’s important?  If Amaryllis stays away, can Ella trust that the Lord will keep the girl safe? Can she trust Him with her daughter’s well-being period?

Of course, she can!  But will she?

When everything begins to crumble around her, Ella must decide where she will place her trust—in her own capable hands or in the Lord’s sovereign ones.

I didn’t expect to read such a tragic story when I signed up for this blog tour. But all of a sudden I was thrown into Ella’s life, getting hit with heartache after heartache with her.

My heart broke for Ella as I read. She is such a sweet character but has gone through and lost so much during her lifetime. She is strong, though, and it was amazing watching her persevere through it all. 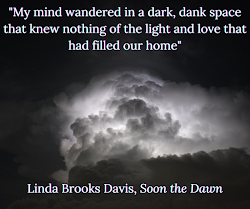 I do have to say, though, that the story moved too quickly for my taste. I know it’s only supposed to be a novella, but I felt that there was so much to explore in this story and was left feeling somewhat unsatisfied.

But other than that, I enjoyed this story. It’s sad, but it’s hopeful. It can encourage us to trust in God, teach us how to forgive others, and reminds us that there is always a reason for whatever struggles we go through.

Overall, I would recommend this book to anyone who is looking for a historical fiction that is a quick read but also has strong faith elements. 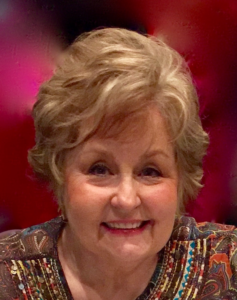 Linda and her beloved husband Al worship and minister at Oak Hills Church in San Antonio and dote on six grandchildren. Readers may contact Linda through her website, www.lindabrooksdavis.com.

When the Backstory Is Tragic

Family lore abounds in my family tree, much of it tragic. There’s the Boyd Irish crystal heiress who forsook her heritage for love in 1747 colonial America. The Billingsley American patriot hanged in his front yard by Tories in 1776. The Brooks great-grandfather who lost his three brothers in the Civil War and its aftermath. And the De Graffenried Swiss baron who brought a group from Switzerland to establish New Bern, North Carolina in 1711 and was captured by Indians.

Among the most tragic stories is how my grandmother, Ella Pyle Banks, buried 5 daughters and 2 husbands. Mama Ella and Papa Tribble’s story has waited years to be told. Part of it is the inspiration for my latest novella release, Soon the Dawn.

Ella Jane Pyle met William Tribble Banks in Indian Territory prior to Oklahoma statehood. They married in Elmore City in 1904 and welcomed seven girls over the next 18 years. Papa Tribble, a kind and sensitive one-armed man, farmed. And Mama Ella, known for her salt-of-the-earth character and neighborliness, was the one folks called on to tend their sick and prepare their loved ones’ bodies for burial. She possessed a will of iron, but her voice was whisper soft. I love the story about how Papa tried to kiss her while they were courting, and she responded with a slap. “No kiss from me until you’ve proposed.”

When I decided to write for publication, I knew I would create stories based on my family’s experiences. There are transatlantic stowaways, rejection by Quaker brethren, murder of a groom at his wedding reception, prisoners of war, deaths by lightning, fortunes won and lost, and more disease and death than I can imagine. With such drama hanging on the various branches, how could I not include these stories?

What’s an author to do with such tragedy?

Tragedy and loss are integral parts of life on fallen Earth, but triumph invariably attends each loss. Wellness follows disease. Light peeks through the darkness. Blessings attend tragedies. And life follows death. It’s the space between the two that intrigues me as a storyteller.

My task, then, in creating a story inspired by Papa Tribble and Mama Ella’s experiences was to find the colorful strands among the black, the shining light amid the darkness, and the blessings tucked into the folds of the woe.

Soon the Dawn contains dark and light strands and many colors between. But it’s the stitching—Jesus—who binds the strands together. He turns an ordinary morning into a hint of the “Sweet By & By.” As the delicate aroma of the Rose of Sharon, He scents the sultry stillness before a summer storm. And He wraps the bitterness of grief and failure in the richness of His incomparable grace.

I offer Soon the Dawn to Jesus as a tale that reaches beyond the ordinary to the extraordinary because of His grace.

For Him and My Family, February 28

She Lives To Read, March 5 To celebrate her tour, Linda is giving away the grand prize of a handmade 8×12 wooden cross suitable for shelf or hanging with winner’s personalized engraving on back!!