The Girl with the Golden Voice: The Celebrate Lit Blog Tour and Giveaway of The Songstress 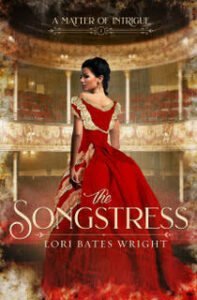 Rising opera star, Juliana Chamberlain, still has nightmares of the night she witnessed the assassination of the President of the United States from her spot on stage at Ford Theater. Recruited by The Pinkerton Detective Agency, Juliana was instrumental in bringing those responsible to justice.

Now, two years later, the Pinkertons ask her once again to join forces in exposing a corrupt political organization terrorizing her home in Texas.

Texas Ranger, Cade Matlock, has a job to do. He needs no help from a meddlesome diva with big ideas. However, he is a man of his word. He’s committed to partner with the lovely songstress to smoke out the mastermind of a dangerous clan who has proven he will stop at nothing to satisfy his thirst for vengeance.

Cade and Juliana soon discover their greatest strength is in working together until shadows of the past threaten to destroy their future.

When I first saw this book, I was immediately drawn in by that gorgeous cover. And while I'm not a big fan of reading about this era in Christian Fiction, I was intrigued by the synopsis. I can honestly say that Wright did not disappoint.

It did take me a while to actually get into the story. But by the second half, I could not put it down. I just had to know what happened with Juliana and Cade and their case. I also really liked learning about Juliana's past and how it affected her in the present. However, I wish there was more about Cade's backstory. We do get a little bit, but I was left craving more.

I also did think that the relationship between Cade and Juliana was somewhat forced, although the further I read, the more I thought they were good for each other. While both stubborn, they had each other's backs and ensured to make sure no harm came to each other.

Overall, though, if you are someone who likes historical fiction and romance, I would highly suggest this novel. It will leave you on the edge of your seat.

I have received a copy of this book as part of the Celebrate Lit Blogging Team and was required to give an honest review. 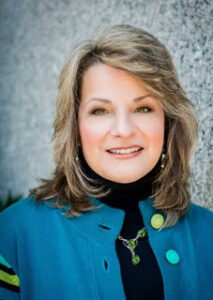 Lori Bates Wright is an award winning author with a love for history.

Raised in New Mexico, Lori now lives in Texas with her husband of 38 years. She has two grown kids and four adorable grand boys (who leap tall buildings in a single bound!) When she’s not writing, she’s heading up small group ministries with her husband. She enjoys speaking and interacting with women of all ages.

Growing up, my family loved to laugh.

Some of my favorite childhood memories are centered around my grandmother’s dining room table listening in while my parents, grandparents, aunts, and uncles told amazing stories. Sometimes I laughed until I’d lose my breath. Sometimes I sat quietly, taking in the bravery and perseverance shown by those who’d gone before me.

History has been a passion ever since. Couple that with an insatiable love for story and there you have the heart of what inspires me to write.

So, when it came time to brain-storm for this brand new series, I decided to take a known historical event and think about it from every angle. Beyond the recognized players, to the “what if” characters that might have played a role. And, ultimately, how such an event would have changed the course of their lives.

Thus, a star was born.

In THE SONGSTRESS, Juliana Chamberlain witnessed the assassination from her place on the stage. Because I love a little mystery and intrigue, I decided that the leading detective agency of the day would have enlisted her help in identifying the accomplices. Allen Pinkerton had been known to hire a lady detective or two, so she would be trained by the best. Her investigative skills proved helpful in bringing a quick resolution to the case.

Fast forward four years and she’s still haunted by what she saw that night. When Pinkerton again approaches her about a case involving her family in Texas, she accepts.

Being from Texas, I was so happy she did. I’ve wanted to write a story based in the Lone Star State for quite awhile. I loved visiting Georgia and the shores of England in my last series, but I have to say it was good to bring this one home. With all the rugged charm of the post-Civil War era, this book has a little more local flavor than my last three. Al-in-all, I believe my readers are in for a treat. A new cast of fun, quirky characters as we revisit a significant time in our nation.

Reflections From My Bookshelves, June 11

To Everything There Is A Season, June 15

For Him and My Family, June 16

Inside the Wong Mind, June 19 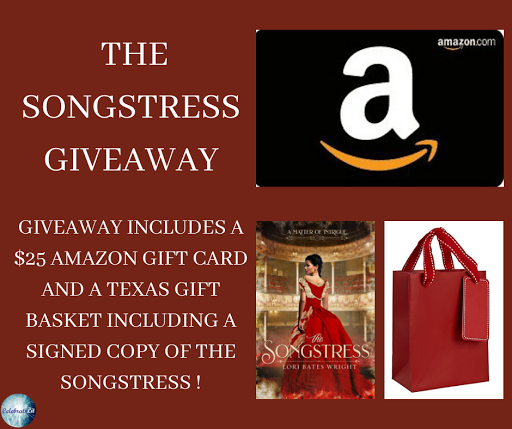 To celebrate her tour, Lori is giving away the grand prize package of a Texas Gift basket including a signed copy of THE SONGSTRESS and a $25 Amazon Gift Card!!